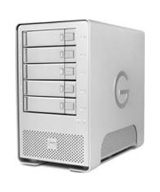 Data Recovery for All RAID Types

It is often called “Striping”. This name is due to the fact that the data is stripped in small portions and spread throughout the disks. Its performance is out class but it is not “fault-tolerant”. There is no data protection if one drive corrupts then the whole system goes down. Array capacity is equal to the combined capacity of member disks. It requires two physical disks.

Level one is called the “mirroring” level since identical data is written on member disks for redundancy. This technique is very useful for quick recovery of data but data entry time is slower. It is very common because of its simplicity and having high data availability rate. It also requires two physical disks.

It has become obsolete. Lately it was used for the correction of RAM errors which are called Hamming Codes.

This type also uses striping mechanism but with a difference as there is a dedicated parity disk which contains the parity data. It is not used quite often as its performance is poor while retrieving little amounts of data as in a database. For sequential data requests it performs quite remarkably.

It utilizes a block level data striping technique with a dedicated parity drive. Array capacity is equivalent to the total capacity of the member disks subtracting the capacity of a single memory disk. It is useful for transactional operations since it can’t carry out large file transfers.

In this type the parity data is written on some or all the member disk drives. It overcomes the write bottleneck inherent present in RAID-4, though parity calculation process remains the only bottleneck. Array capacity is equal to the total capacity of member disks minus the capacity of a single member disk. It highly suits a transaction oriented environment and can be optimized for large sequential access.

Hard drive data recovery becomes more complicated when a failed drive is part of a RAID array making RAID recovery one of the most technically challenging types of data recovery.